A wrong turn on climate change

Nuclear power is not the way forward

Protecting the climate is among the most pressing issues of our time. Many people are concerned about how we can reduce greenhouse gases in the atmosphere and at the same time meet a growing demand for energy. The pro-nuclear lobby is taking advantage of this uncertainty, propagating nuclear power against climate change. Yet the supposed climate benefits of this high-risk technology have long been disproven – nuclear power is too weak, too slow, too expensive.

The expansion of renewable energies combined with energy savings, efficiency measures, and the use of storage technologies is the only way to quickly and permanently reduce greenhouse gas emissions in the energy sector. But this will only work if policymakers finally take their foot off the brake and accelerate the transformation of the energy sector. Nuclear power and fossil fuels are not a bridge towards the age of renewables. We must abandon them as quickly as possible if we want to safeguard our natural resources.

To promote nuclear power is to prevent climate protection – renewables are the way forward!

Read on to find out more about why nuclear power is not an option against climate change – and share your knowledge with others. 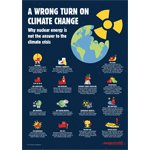 A wrong turn on climate change

Why nuclear power is not the answer to the climate crisis

Why nuclear power is not an option against climate change

1. Nuclear power is too weak

At present, the world’s approximately 400 reactors cover only two percent of the global energy demand and therefore have no effect on the climate balance. Nuclear energy also plays a minor role in the electricity mix, with a share of around ten percent. Even doubling capacities would not make any noticeable difference. For the energy sector as a whole, nuclear power is no more than a niche technology.

2. Nuclear power is an outdated technology 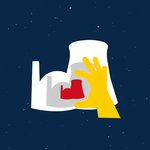 The global nuclear fleet is shrinking, its capacity decreasing. In 2019, for example, six new power plants went into operation while 13 were decommissioned, reducing the total global capacity by 5.1 gigawatts. The average age of reactors worldwide is more than 30 years. Many are approaching 40, the maximum service life for which they were designed. Just to replace old nuclear power plants, almost 100 new plants would have to be connected to the grid within the next ten years. Over the next two decades, almost 300 new reactors would be needed to maintain the existing capacity. Old reactors have to be taken off the grid, but at the same time hardly any new power plants are in the pipeline. In 2020, there were only 46 nuclear power plants in various phases of construction worldwide.

3. Nuclear power is too slow 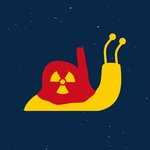 Planning, constructing, and commissioning a nuclear power plant usually takes 20 years or more. The international average for construction time alone is about ten years. Moreover, nuclear projects are subject to many uncertainties. Deviations from the time schedule are the rule, some causing immense delays. Climate change, however, cannot be mitigated at a snail’s pace. Greenhouse gases in the energy sector must be reduced continually and as quickly as possible. This can be achieved with renewable energies. Solar or wind parks, for example, can be implemented within two to five years. Even if it were possible to build several thousand nuclear power plants, the supposed help would come too late to save the climate.

4. Nuclear power is not competitive 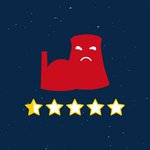 5. Nuclear power is too expensive 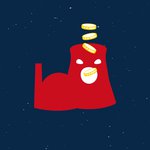 No private-sector bank in the world provides money for the construction of nuclear power plants. Nuclear power has always been unprofitable. It appears affordable only because it receives direct and hidden government subsidies. Hundreds of billions of euros are thus shouldered not by electricity customers, but by taxpayers and, in particular, future generations. In addition, a nuclear accident would cause not only a humanitarian catastrophe but also immense economic damage. In a study for the German Federal Ministry of Economics 25 years ago, Prognos AG projected that a nuclear disaster could cause costs in the trillions. The operation of nuclear power plants requires governments to assume unacceptable liability risks and potentially pay immense consequential costs.

6. Nuclear energy is bad for the climate 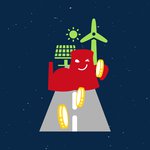 Money spent on nuclear power does not contribute to the energy transition: it diverts funds away from the expansion of renewables as well as from investments in storage technologies and energy efficiency. These measures are necessary to reduce greenhouse gases quickly and permanently. Investments in nuclear power are not only ineffective but also harmful to the climate. For real climate protection, it is crucial to stop political efforts by individual EU member states to classify nuclear power as a climate-friendly energy source, which would give nuclear investments access to EU sustainability funds. Similarly, the option of labelling ongoing nuclear research as a climate protection measure must not find a majority in European bodies, where it is being seriously discussed. This accounting trick would allow the EU to spend less on measures that will actually protect the climate. To promote nuclear power is to prevent climate protection.

7. Nuclear power and renewables are incompatible 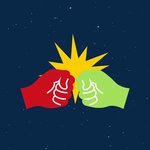 Like coal power, nuclear power stands for a centralized, inert, inefficient supply system based on the principle of base load security. Renewables, in contrast, are the way towards a sustainable, decentralized energy supply. They require an efficiency-oriented, flexible grid management. These two systems are incompatible and compete with each other.  Nuclear power plants are not flexible enough to adjust to the availability of renewables. Instead, wind and solar power often have to make way when the grid threatens to become overloaded. Wind turbines are regularly forced to stand still on windy days, while nuclear reactors continue to operate. As a consequence, politicians have restricted the expansion of renewables, which causes considerable damage to the industry and alienates the investors urgently needed for transforming the energy sector. This is why nuclear power is not a useful element in the power grid, but tough competition for wind and solar power. 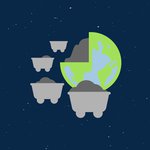 9. Nuclear power is not climate-neutral 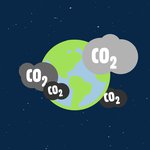 The entire fuel chain of nuclear reactors generates considerable amounts of CO2. Renewable energies have a much lower carbon footprint. Every form of energy generation produces greenhouse gas emissions as a side effect. This is also true for renewables. Considering their entire life cycle, these emissions stem primarily from the extraction of raw materials and production, but also from plant dismantling. This applies to nuclear power plants, too, except that their CO2 emissions per kilowatt hour are higher than those of wind farms, hydroelectric power, and solar plants. However, the full extent of the damage to the climate caused by nuclear power is not yet known. While the lifetime balance of renewable energies is improving with their expansion, greenhouse gas emissions from nuclear power are increasing because the energy required to mine the remaining uranium is on the rise. In terms of CO2 emissions, nuclear power doesn’t have an advantage over renewables. 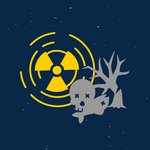 Every step in the nuclear production chain causes massive and irreversible damage. Serious consequences for humans and the environment are not limited to possible nuclear accidents. Radioactive emissions occur along the entire production chain from uranium mining to nuclear waste: during the manufacture of fuel rods, during reactor operation, during plant demolition. Radioactive substances are released into the environment throughout the entire process; water and soil are contaminated for very long periods of time. Nuclear radiation poses a health risk, especially for those living in the vicinity of nuclear facilities.

11. Nuclear power is not adaptable 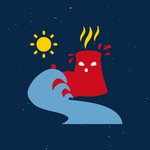 Climate change has an impact on reactor operation. Global warming means that extreme weather conditions are occurring more frequently. In contrast to renewables, however, nuclear power plants are unable to adapt to these changes. Instead, they amplify the potential risks of changing climatic conditions. Nuclear power plants located by the sea could be flooded. At river sites, there is a risk of overheating of the water used for the cooling system. In summer, France regularly has to import electricity because nuclear power plants are out of operation due to overheated rivers. In Germany, too, nuclear and coal-fired power plants sometimes have to reduce their output or shut down entirely due to the warming of rivers in summer.

12. Nuclear power is too dangerous 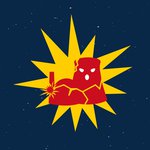 Those who bank on nuclear power consciously accept the long-term effects on humans and the environment and the risk of a nuclear disaster. Expanding the global capacity, as demanded by supporters of nuclear power, also increases the probability of serious accidents. More reactors would inevitably increase the risk of human error and uncontrollable technical failure. The consequences of a nuclear accident for humans and the economy are unacceptable. A full-blown nuclear disaster with permanent, large-scale contamination and mass evacuations can cause a society to collapse almost overnight. 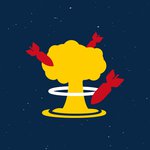 14. Nuclear waste is a threat to future generations 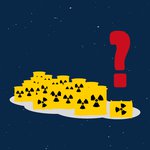 The nuclear industry leaves behind radioactive waste that poses a massive threat to humans and the environment for hundreds of thousands of years. There is still not a single permanent and safe repository for highly radioactive nuclear waste in the world. Nobody can guarantee that stored radioactive material can be prevented from being released into the environment, where it might threaten the lives of people, who moreover may no longer have any knowledge or awareness of the danger. Similarly, there will be no reliable long-term protection against intrusion into nuclear repositories. At best, societies can aim to find the least bad option when addressing the problem of nuclear waste. Every gram of nuclear waste is a crime against future generations who will have to bear this burden. 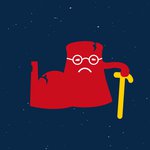 The reactors in operation worldwide have an average age of 31 years. In Germany, the nuclear power plants still in operation have also long exceeded a service life of 30 years. The risk of serious incidents and a full-blown nuclear disaster increases significantly with age. Old nuclear power plants are outdated in terms of safety technology and materials. Over the years, the processes inside reactors have a massive, damaging impact on the material, making it more prone to cracks and fractures. Maintenance measures cannot prevent this – they are no more than patchwork. Every day, nuclear power plants put the lives and future of many millions of people at risk. It is highly negligent that the old power plants remain on the grid despite the fact that the risks and safety issues are well known.